For a client’s new living room design, we want a transitional, dark coffee table.  We ordered the Noir Sutton table, as well as a round end table, from the warehouse in Los Angeles.  They were shipped via truck to Northern California.  Within a couple weeks of arrival, both tables started to slightly separate at their seams (due to the crazy hot and humid weather here, we were told). 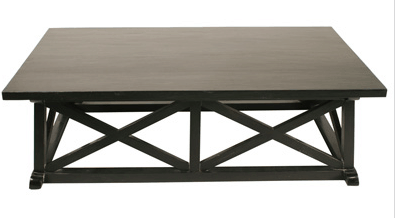 The company would replace the tables (this one time) but if it happened again, we were out of luck.  I have three Noir tables in my own home and no problems…and I’ve used their products for others with success.  I even texted Debbie on her Mediterranean cruise (she uses Noir a LOT).  She texted back that the only problem she has ever had was with one chair and they repaired it locally.

So, what would you do???  Exchange or return?

If it was for me, maybe I would risk it and repair it if it happened again (my antique French farm table separates and I repair with it wood filler).  But not for a client, when she is paying good money for a new table! 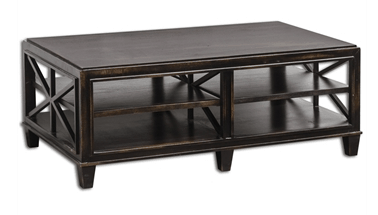 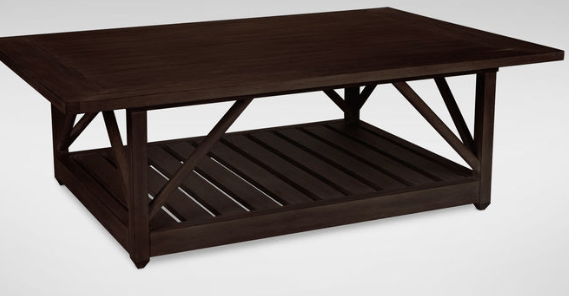 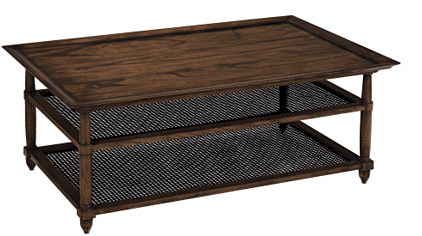 RH Balastrade
Additionally, Cindy from Rough Luxe Lifestyle offered this as a suggestion (not what we need for this project but I love the beachy look and price). 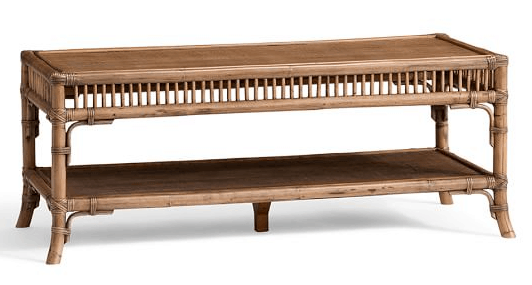 Pottery Barn Hailey
OK, I got schnit to do on this gorgeous Friday in San Francisco.  By schnit I mean work.
But first, I bought some new white, made in Portugal, mugs on sale from Hudson Grace. 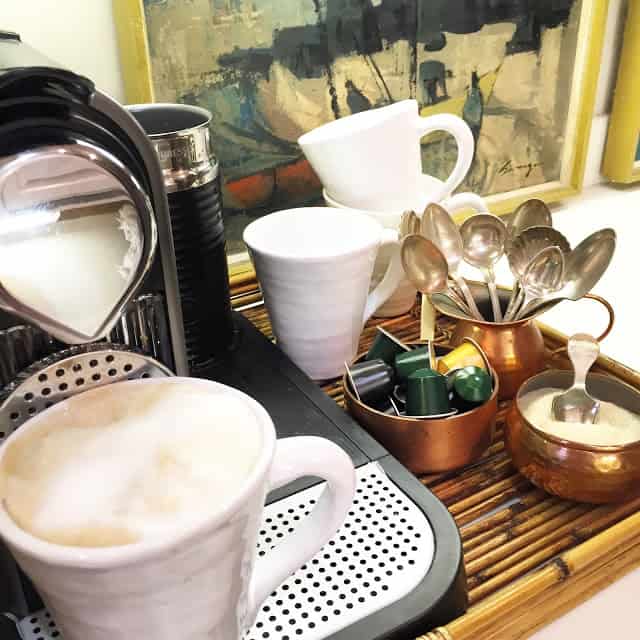 Speaking of beverages, my client, Caroline makes delicious iced tea with this (she adds a little honey).  I’m putting this on the grocery list. 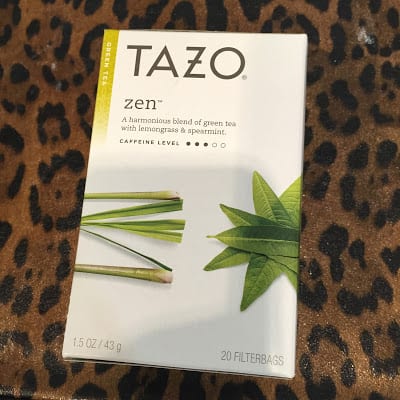 Before I get to work, let me tell you about the fun opening of the Hotel Zephyr that I went to last night. 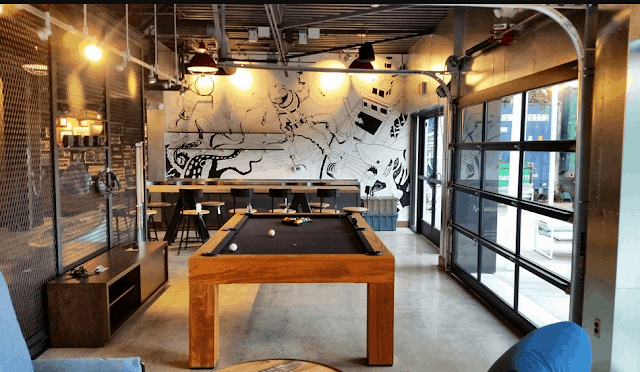 The club chairs in the lobby below rock. 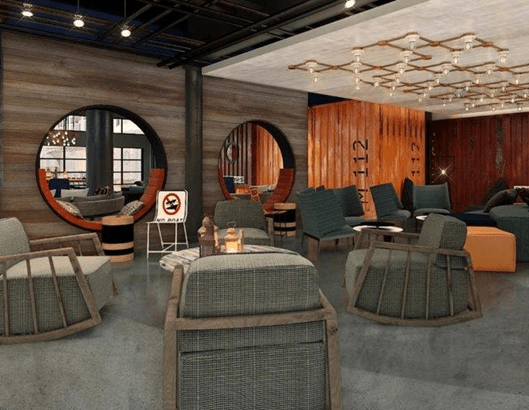 Here I am talking to one of the guests, Steve Jobs.  Only he wasn’t saying much back.  He was staring at 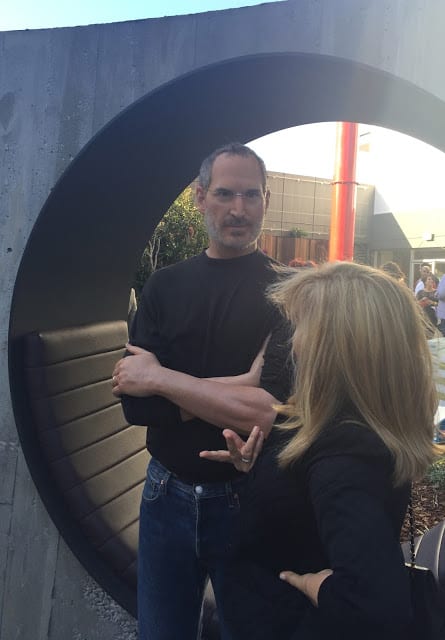 the fire pit of old computers.  Anyway, it’s a hotel near the wharf that’s hip but not serious. (And Steve was borrowed from Madame Tussauds–I want to go there now). 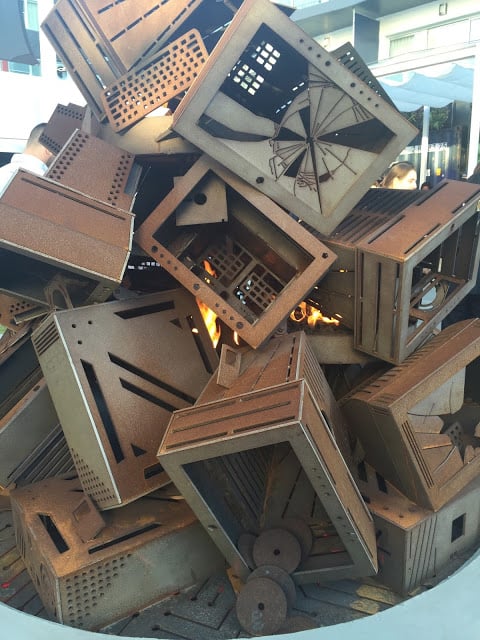 Work can wait until I straighten my office a bit… 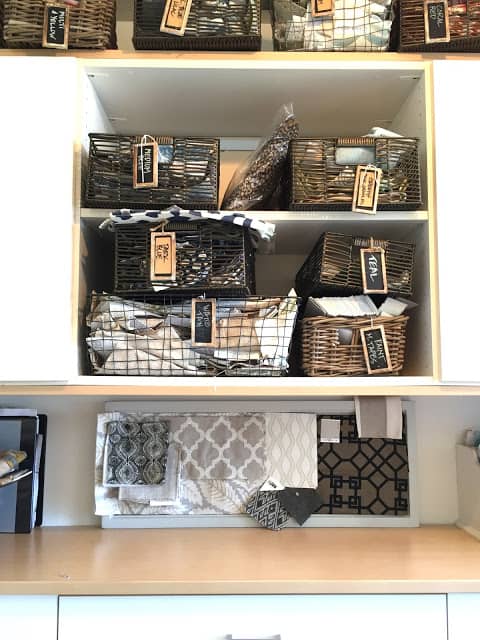 You should have seen it before. 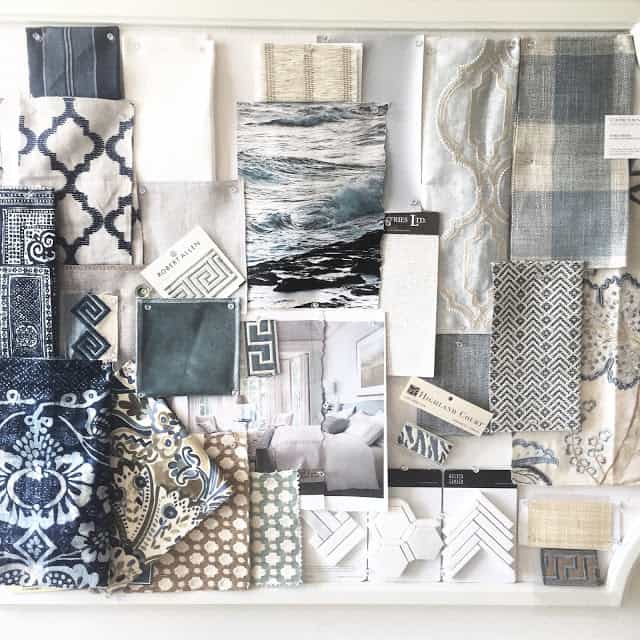 Some of you have asked about the linen stripe on the top left (it’s going into two projects–I love it).  It’s by Ralph Lauren, East Indies Stripe in Indigo.

With a tiny office, it feels great to have clear counter space (even if its temporary).  Those are Pottery Barn bulletin boards. 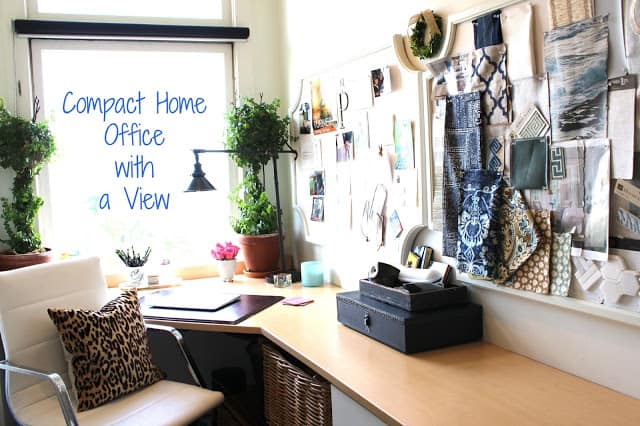 I’ll just light a candle and get some water and then “knuckle down!” (As my dad used to say when we were fooling around instead of doing the dishes). 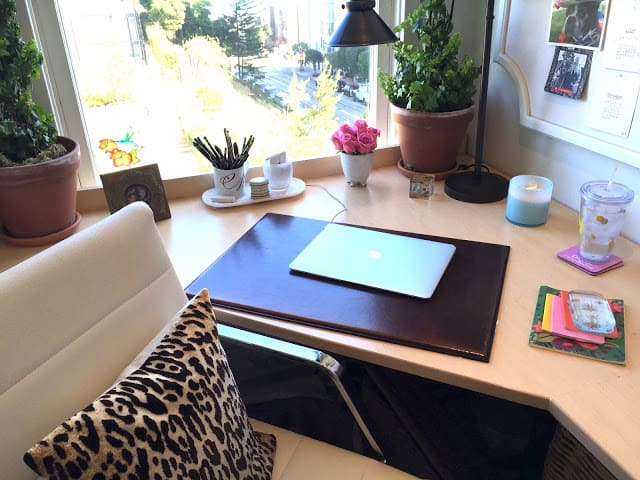 What’s that?  Ring, ding, ding.  I’ll just stare out at the view for a while… 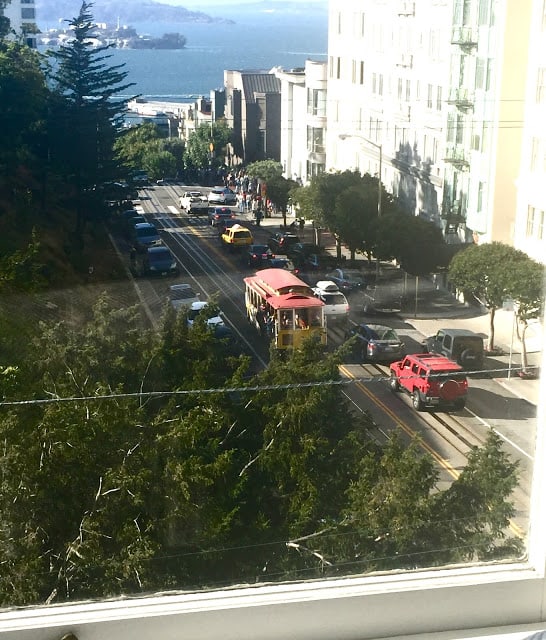 Have a wonderful weekend!

Tomorrow on the blog I’m sharing the details of

Happy July Fourth!! Last night we had a great dinn

Happy 🇺🇸 Do you decorate for the Fourth of J

Fun to be getting ready for a dinner party at our

All the things I love about my new home office lik