A lot has happened since I last wrote.  I flew down to Los Angeles to drop off Chief and see Dolly Parton at the Hollywood Bowl with my daughter, Alie and my sister, Teresa.  Dolly is really an amazing performer…try to see her if you can (she is funny, too)!  My favorite song of hers is at the end of this post .

Then, a trip to..MOSCOW.  Scary?  Not sure we can trust those guys, right?  Is another cold war coming?

To go to Russia you need a visa.  My husband and I went to the consulate in San Francisco a month before to get one.  There were several desks behind thick glass…each desk had an unsmiling woman sitting behind it with an 8″ x 10″ photo of a serious Vladimir Putin.  You have to be invited to Russia to get in.  In our case, my husband was attending a cultural summit from cities around the world… so we had an invitation from the cultural minister.

We stayed at the beautiful 110 year old European style Metropol Hotel.  There was a fantastic buffet each morning…which was a great way to start the day since our Russian American friends said the food was not so hot.  And our young waiter, Gleb, was awesome and remembered our names and how we liked our cappuccino/coffee each morning. 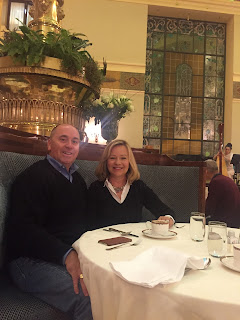 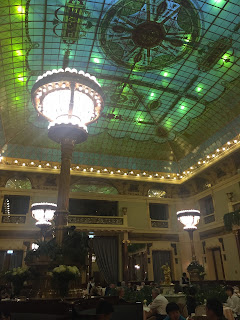 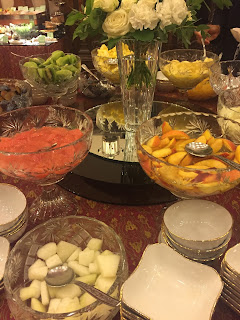 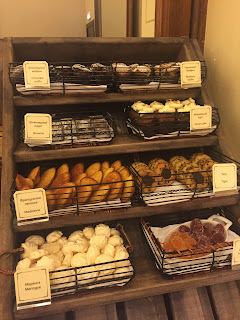 Who knew Russian Champagne would be so good? 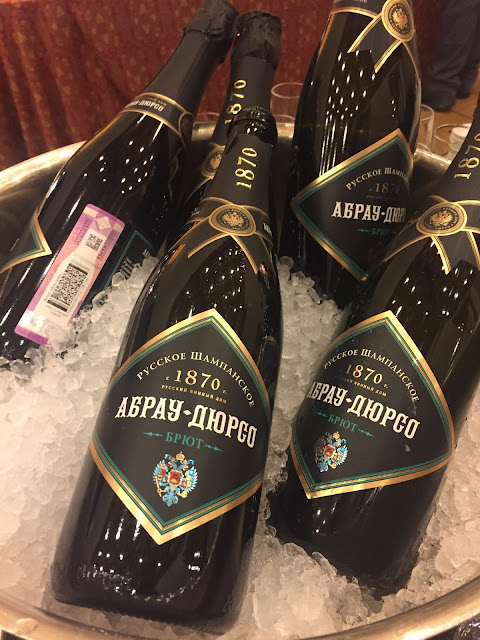 This was the view of the Bolshoi Theater from our hotel room.  I wish we had bought advance tickets as the ballet performances were sold out while we were there. 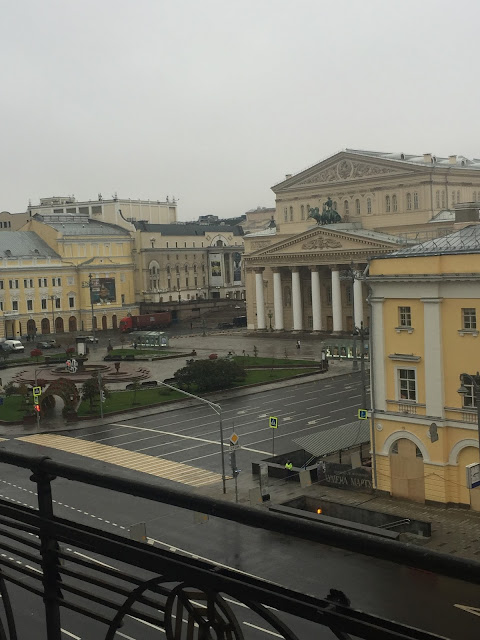 It seems the Russians like their rooms to be HOT temperature wise… all the restaurants, shops and our hotel room were boiling.  It was cold outside but inside you need to strip down to a t-shirt.  Who knows why?  But wear layered clothing.
What to do…
1.  The Kremlin Armoury Chamber.  It’s collection of jeweled artifacts, Faberge eggs, costumes and carriages really gives you a feel for the Russian culture. 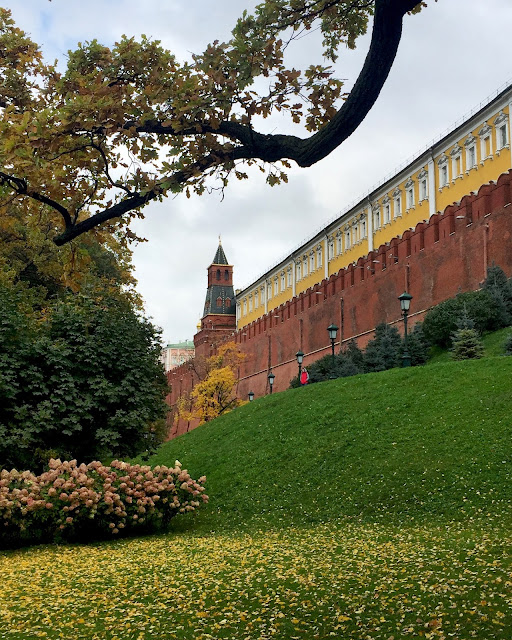 You can’t take photos inside…and I wasn’t taking any chances on going to a Russian jail (the photo below is from the internet)  Did you know that Faberge eggs were actually Easter eggs created for the Russian Imperial family…with exquisite surprises inside? 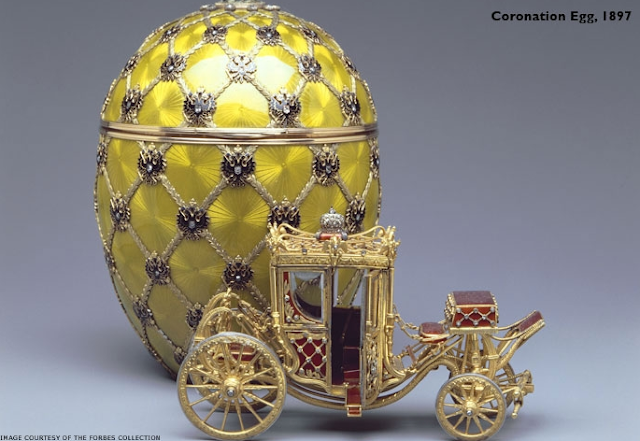 2.  The Cosmonaut Museum  is a cool look at the history of Russian space development.  You can see how the first dogs were sent into space.  At the end of the tour, you see the international collaboration which is good considering the US/Russia relations are not so great right now..  The American effort to place a man on the moon was really energized by the competition to beat the Russians. 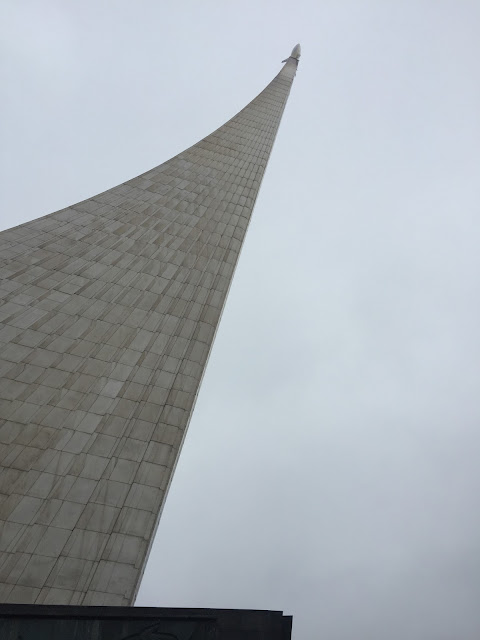 This memorial is on top of the museum.
3.  Take the Metro.  We did to get out to the Cosmonaut Museum.  It’s very well laid out and modern…although written in Russian–but if we figured it out…you can too!  The traffic is really bad in Moscow (a city of 12 million people).
4.  Shopping at GUM.  It is an upscale shopping mall with beautiful architecture.  But don’t eat at Stolovaya No. 57 (as some travel articles recommended). 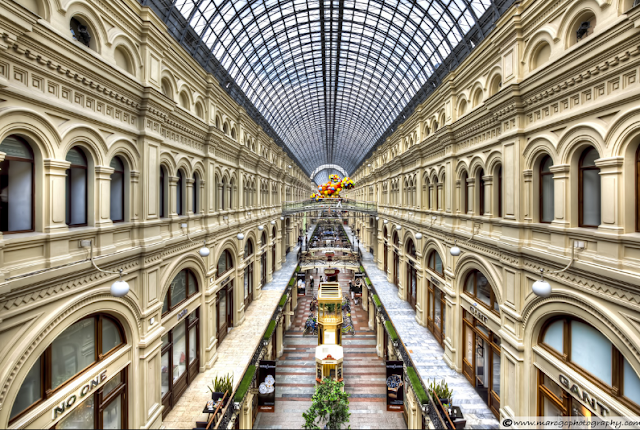 It’s on the top floor.  Perhaps I ordered the wrong thing…but my friend didn’t like his much either. 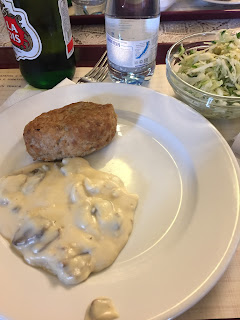 At least my beer was OK.
5.  Red Square, Lenin’s Tomb, St. Basil’s Cathedral…it’s all right next to each other. 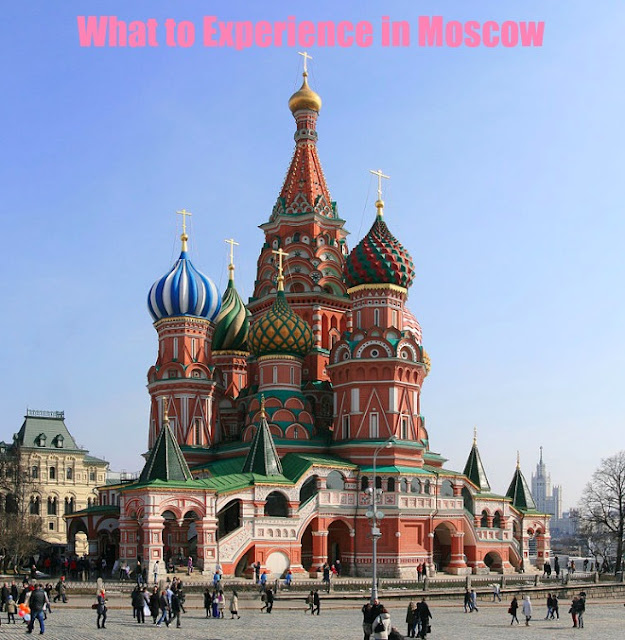 We saw so many beautiful, fashionable young women…but the men mostly look like the bad guys in our spy movies.  OK, maybe generalizing bit 🙂
Speaking of U.S. influences…you hear mostly English music and there are American movies dubbed in Russian on television.  Many people, especially the young ones, speak English. 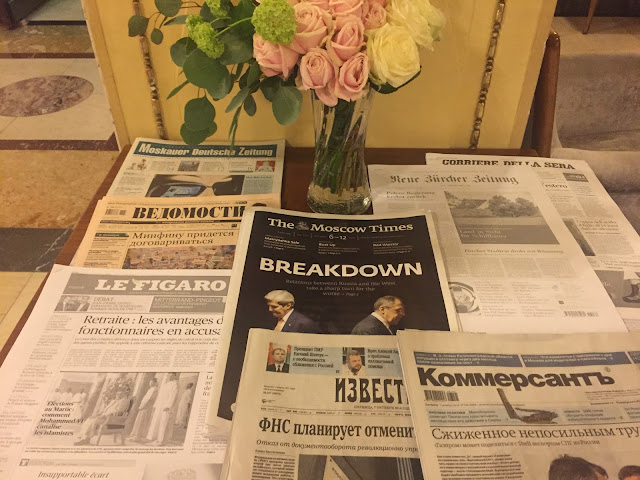 Where to Eat
I was a little worried about this after Russian friends said the food wouldn’t be good (except the borscht–but I’m not crazy about beets).  As I said, the Hotel Metropol brunch was great (a little pricey but worth it).  Here are some other finds…
Cafe Moloko (Milk Cafe)  We just happened upon this and it was delicious with a very cool vibe and nice interiors.
Can’t go wrong with Italian…
Jamie’s Italian
La Bottega Siciliana
Security
The internet is free all over the city…but it’s not private so we never went into our bank accounts or anything like that.  The city is very clean and with so many police around, we felt pretty safe.
Summary
People were generally friendly.  The architecture is lovely.  I would definitely like to go back.  And next time, I would especially like to go to St. Petersburg, too.
On to London now.
Thank you, Alie, for a great birthday memory…
Thanks for visiting,

Do you have a rug near your sink to catch splashes

Walking on the beach, looking for the perfect shel

If you are on the go, here are a couple casual Fal