Last week, I told you I was going to redecorate our guest room.  This is for the One Room in Six Weeks Challenge
involving twenty bloggers. 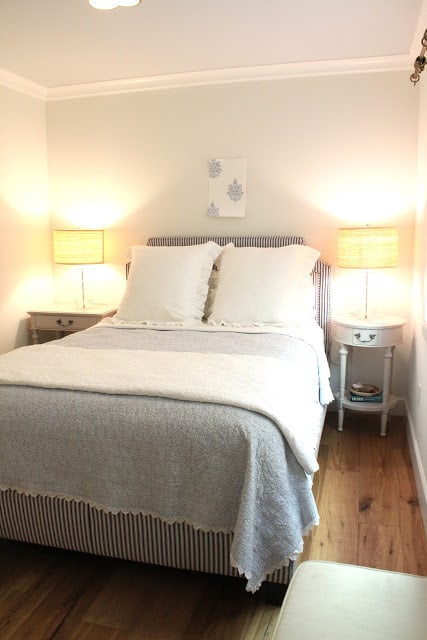 In the past week, I bought two
100% linen European shams from Pottery Barn. 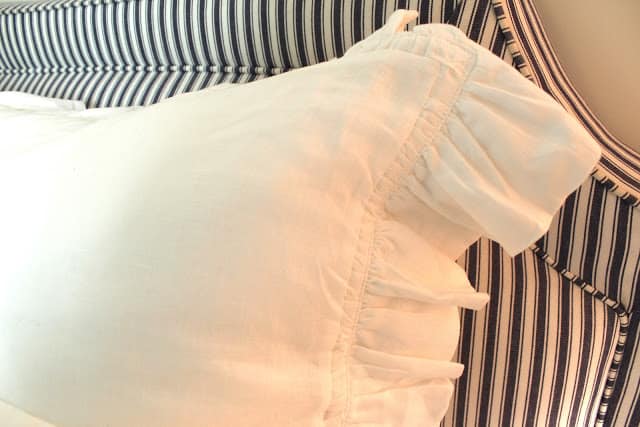 They have a nice feel and are on sale!
The blue and white ticking bed
(that I already had) is a starting point. 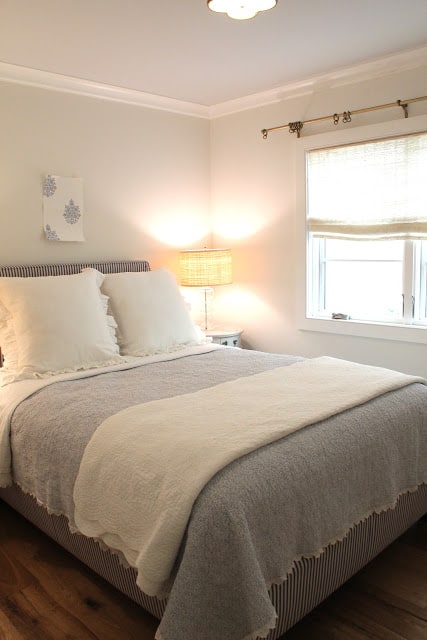 I love this  Schumacher Asara Flower
hand blocked wallpaper from India.
But to install it just on the bed head wall
would cost over $550.

Which got me thinking…why not hand block
it myself with a paisley stencil?
I researched stencils online and found this one 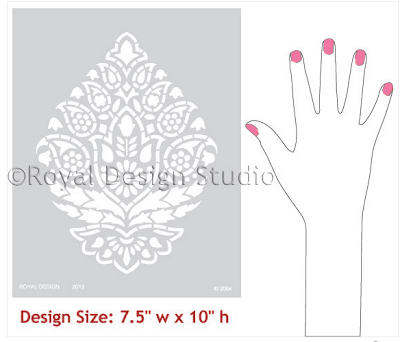 from Royal Studio Design.
Let me just say that I am not a DIYer, and I mean NOT.
So, this little project had me terrified. 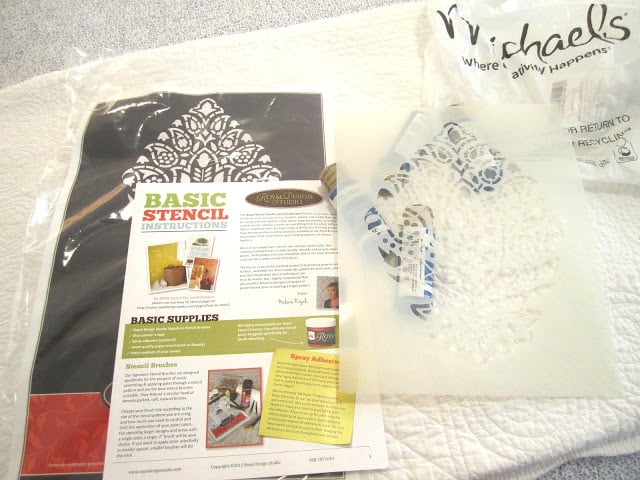 As soon as the $29 stencil and stencil brush arrived, I went to Michaels to buy the $.89 acrylic paint in a denim blue. 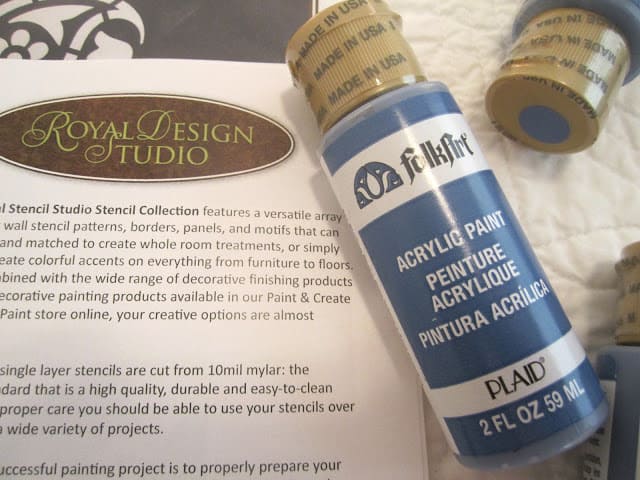 I did a practice run on some cardboard. 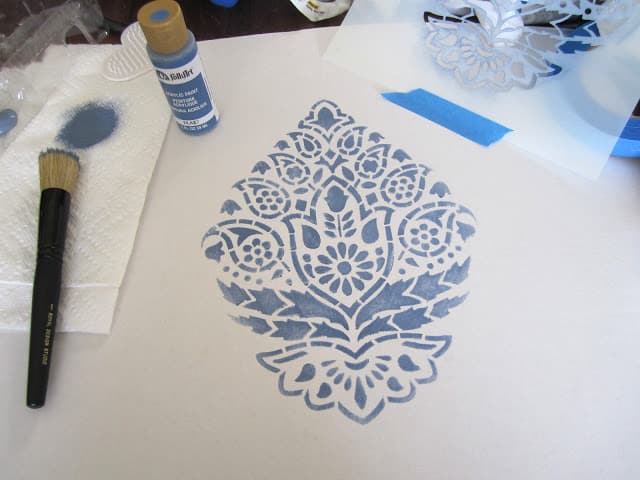 Not bad…now to tackle the WHOLE wall.
I drew a grid on graph paper and then
translated it to the wall with painter’s tape. 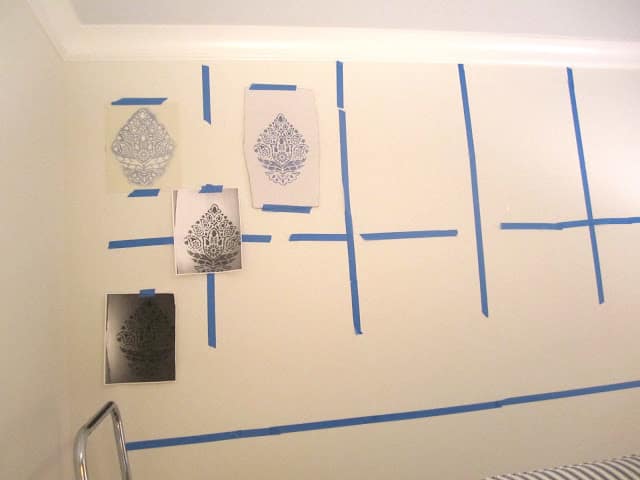 This was NOT fun at all.
I made a couple copies of the print so I could get a feel for the scale. 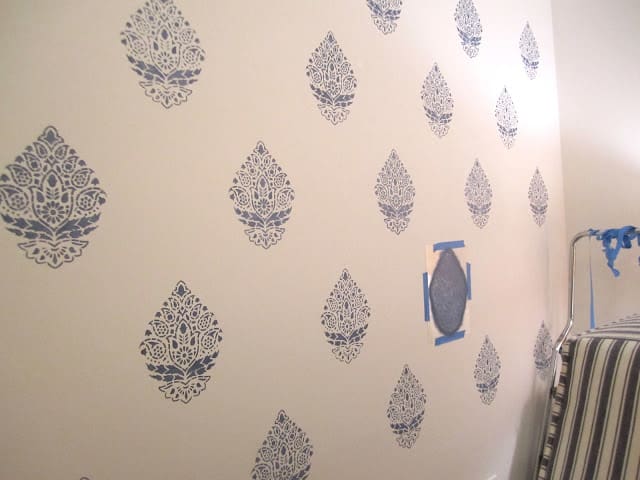 I messed up one stencil (smudges–but I can fix it with the wall paint and a little brush).  It was nerve racking each time I pulled the stencil off.  The trick is to not get too much paint on the brush and to blot the paint brush on paper towels frequently.
Also, I wanted it to look hand blocked so I varied the concentration of paint a bit.
You’ll see the finished product next Wednesday.
And guess what?
I spent less than $45 for the whole wall!
It only took one little tube of paint.  We are going to use the stencil next in a friend’s bathroom…it’s reusable. 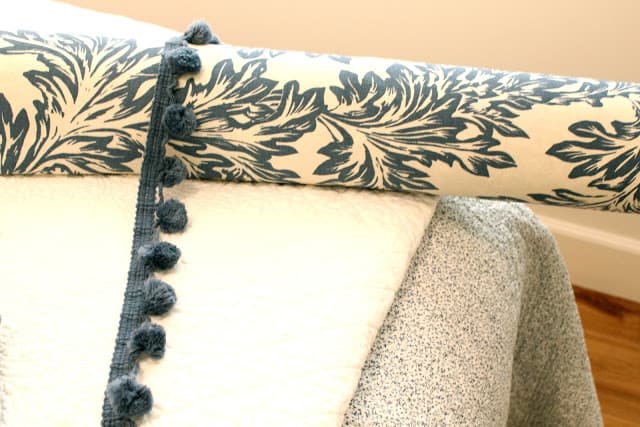