This is an “after” photo of our recently remodeled 1950’s beach cottage dining room. 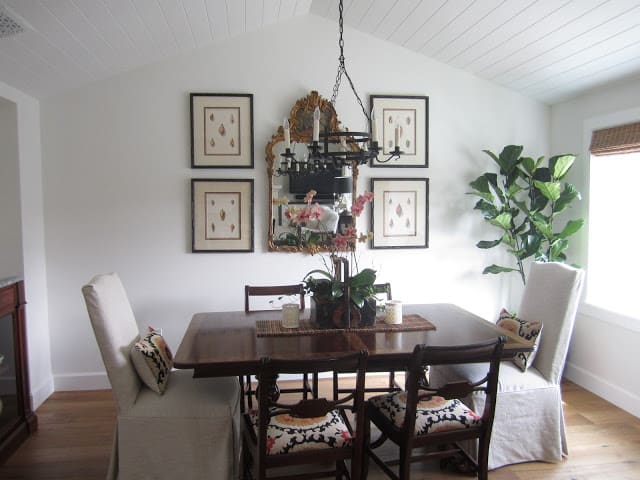 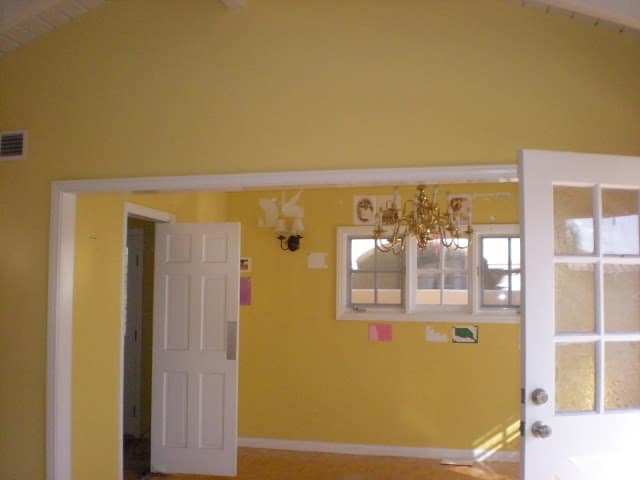 Here’s what it looked like before, right after we bought the house.
I wanted the window removed to have a feature wall. 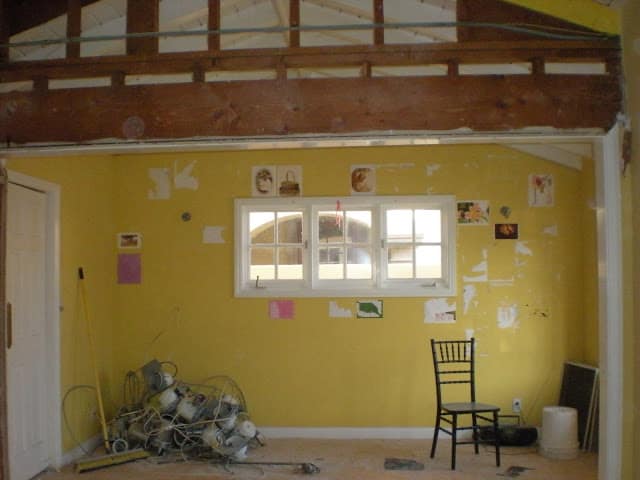 Plus, we live so close to each other on Lido Isle, you looked right into the neighbor’s front door. 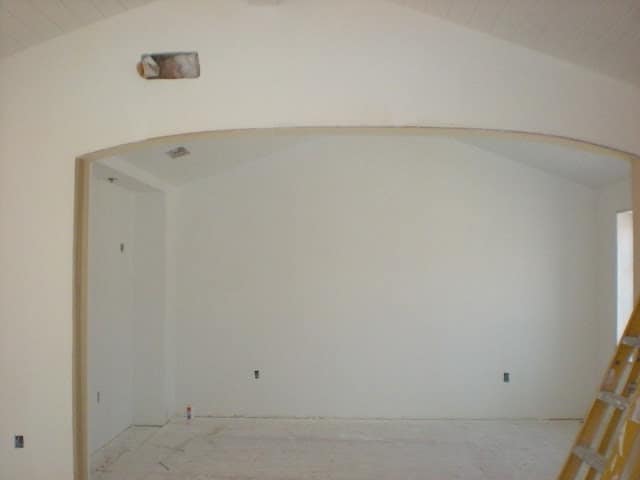 The low opening to the dining room was slightly arched to raise it.  The door to the kitchen on the left was removed so that we could have a walk-in pantry (see here) on the other side. 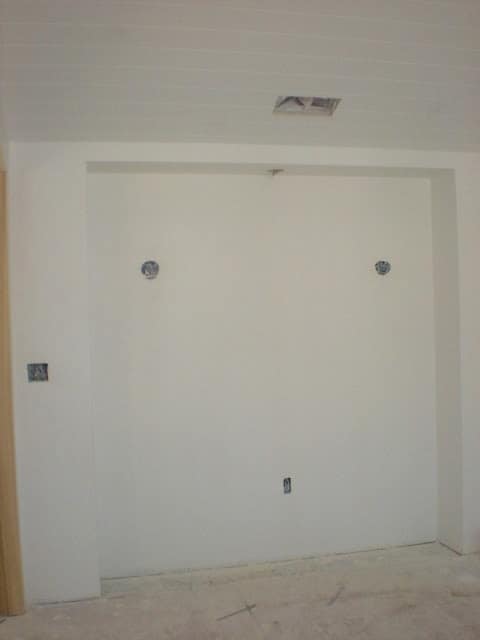 Where the door used to be we created a small alcove. 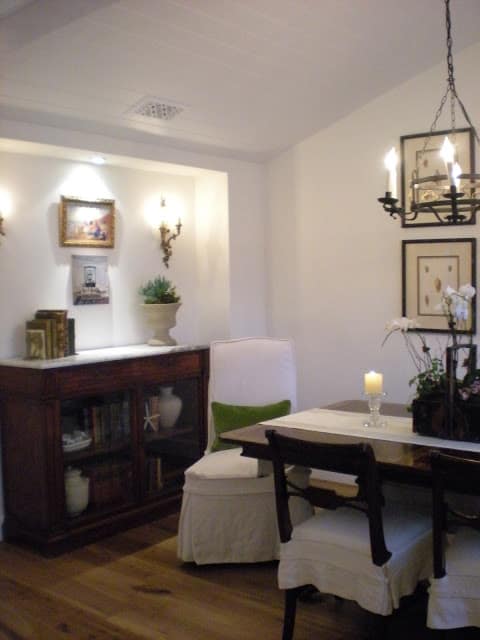 The alcove now houses a Napoleon III marble topped bookcase and an
oil painting that we bought in Paris.
Also, displayed is a painting that I love done by my cousin,
Janice of the apartment where we lived in Paris. 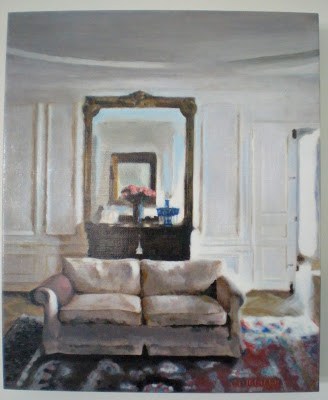 The Louis Philippe commode above (behind the loveseat)
is in our current living room featured here.

My mother gave us the antique sconces that I had refurbished.
They are sentimental as I remember them from my childhood hanging over the
living room mantel and later in the dining room. 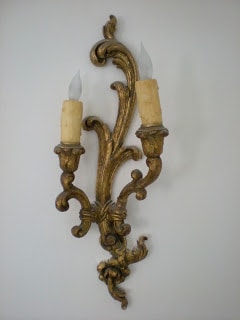 We moved the peak of the ceiling to center it more in the middle of the room and added a tongue and groove wood treatment.  The iron chandelier is from Circa Lighting by Suzanne Kasler. 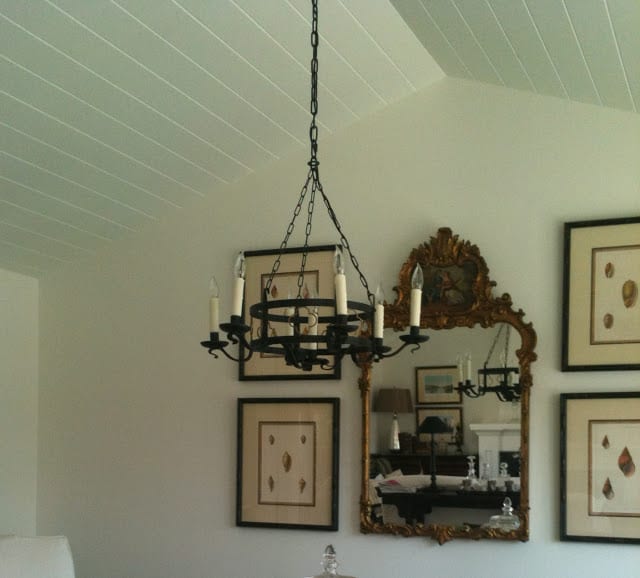 I hand applied some gold to the quatrefoil design and added candle wax covers. 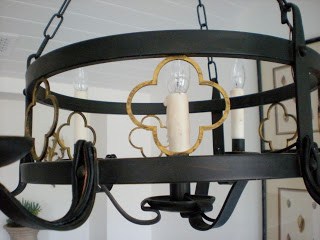 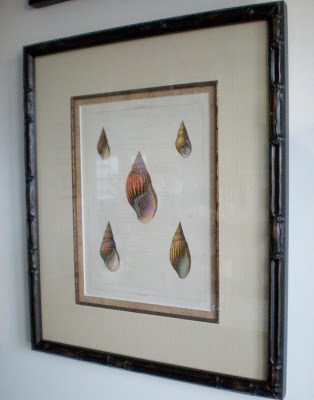 “Conchology, the Natural History of Shells” by George Perry, London, 1811.
We have dinner here most nights.  I shouldn’t admit this but you can eat here
and also watch the television in the living room.  Anyone else watch television during dinner? 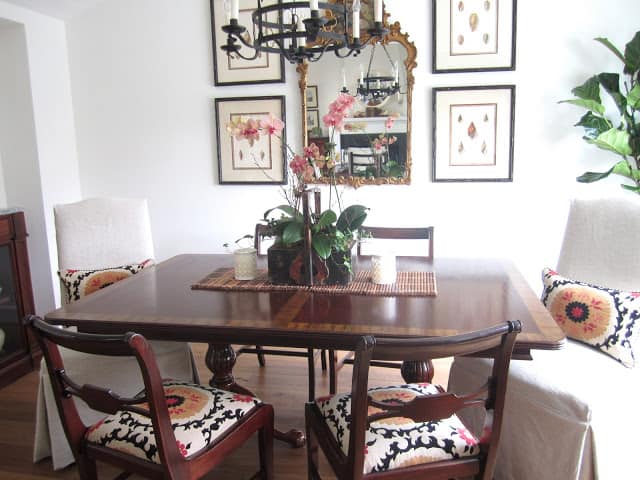 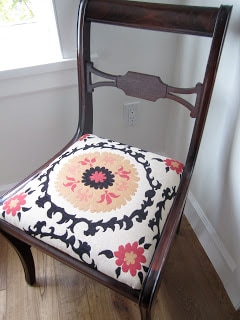 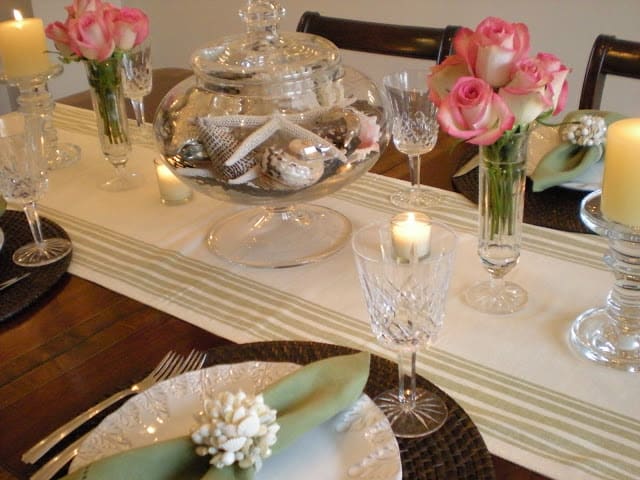 Have a seat and join us for dinner!  I’ll turn off the television.
Best Wishes,
Mary Ann